Dave Elder stands in a huge hole left on the beach this week. (Town of Kill Devil Hills)

Signaling the seriousness of the problem, Dare County Ocean Rescue officials held a joint press conference May 20 at the Ocean Bay Boulevard Beach Access to raise awareness of the dangers digging large holes in the sand can pose to swimmers and first responders, as well as sea turtles.

“Cities have put a lot of time and effort into making beaches safe for swimmers,” Kill Devil Hills Ocean Rescue supervisor David Elder said during the briefing. “Now we’re talking about the bathers keeping the beach safe for each other and for us too.”

The press conference took place the same week that two teenagers died in separate incidents when the holes they were digging collapsed on top of them – one on a New Jersey beach and the other in a park. State of Utah. It also comes at a time when local sea rescue officials are seeing an increase in massive holes being dug on Outer Banks beaches. 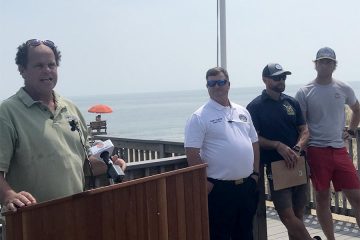 Such sand holes and tunnels, local sea rescue experts said, can collapse on bathers. They can also pose a threat to those walking around, especially at night, who may not see the holes. Additionally, they can pose a threat to lifeguards and other first responders responding to beach emergencies in ATVs or trucks.

All of these scenarios, they claimed, can end tragically.

“I wish that [digging of sand holes] was abnormal, but it’s normalizing and that’s why we’re doing it,” Elder said. Just this week, his sea rescue team responded to two deep holes that were dug and left unfilled on the beach. These holes were estimated to be over seven feet deep.

For his part, Kitty Hawk Ocean Rescue director Cole Yeatts pointed out the danger such holes create for first responders. “For our lifeguards patrolling there and emergency responders, holes like this can delay the response or even make the situation worse… It becomes a secondary incident where we can no longer respond and have to get people to come to us because we are in a wreck because of these holes.

Nags Head Ocean Rescue captain Chad Motz said as the moisture in the sand surrounding the hole dries up, the danger increases. “It becomes more unstable and there is greater potential for collapse.”

Motz also noted the threat to the five different types of sea turtles that nest on North Carolina beaches, all of which are listed as threatened or endangered. Turtles can fall into holes, get trapped and potentially die.

“Just to rephrase,” Motz concluded, “if you dig a hole, fill it in and it shouldn’t be deeper than the knees of the shortest person in your group.”

Kill Devil Hills Assistant Sea Rescue Supervisor Ben Battaile appealed to adults to watch children and young adults as they dig holes on the beach. “Digging holes is great, it’s a fun pastime on American beaches. But we want you to do it safely. No deeper than the knee is a safe way to dig a hole and have fun. 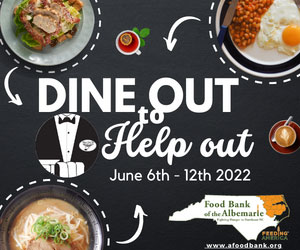 NOTICE IS HEREBY GIVEN that the Visitors Bureau will hold a public meeting to review plans for an Outer Banks Events Center. The meeting will be held on Monday, June 6, 2022 from 9:30 a.m. to 11:00 a.m. at the Keeper’s Galley building in Haven on the Banks, 115 Dove Street, Nags Head North Carolina 27959.

Still in the conceptual phase, the Events Center is intended to provide a suitable and flexible space for year-round events, concerts, sports, meetings, smaller trade shows, galas and many more. other uses. Learn more about visitor and resident benefits and how the event center is planned to complement the new Soundside Promenade being designed.

The staff will be at your disposal to answer all your questions. For more information, please visit our Event Center FAQ Page.

How are politicians surprised by the press ...