Reuters: Taiwan said on Thursday it would send a representative to the state funeral of former Japanese Prime Minister Shinzo Abe. What is the Foreign Office’s response to this? Can the Ministry of Foreign Affairs announce if a representative of China is attending the funeral and if so, who is it?

Mao Ning: Taiwan is an inalienable part of Chinese territory. The Taiwan question concerns the political foundations of Sino-Japanese relations and the fundamental trust between our two countries. The Japanese side has repeatedly made serious political commitments to China in this regard. The Japanese side should abide by the principles of the four political documents between China and Japan and handle relevant issues in strict accordance with the one-China principle. Japan should not provide any platform for “Taiwan independence” forces to find opportunities for political manipulation.

Taiwanese authorities seek to use the event to engage in political manipulation and gain political advantage. Their political calculations will not succeed.

Regarding your question whether someone will represent China at the funeral, I gave an answer yesterday and I have nothing to share.

CCTV: According to reports, Russian President Putin said at the Eastern Economic Forum on September 7 that the system of international relations has undergone irreversible tectonic changes. Emerging countries around the world, including in the Asia-Pacific region, are now playing a much larger role. Sanctions from Western countries, replacing the pandemic, have become the greatest threat to the world. In an attempt to impede the course of history, the United States has undermined the pillars of the global economic order, including in the financial and monetary sectors, built over centuries, and concocted selfish rules based on their own will. What is China’s comment?

Mao Ning: As permanent members of the UN Security Council and representatives of major emerging markets, China and Russia have firmly upheld the international system with the UN at its center and the international order based on law. international community, resolutely practiced genuine multilateralism and remained committed to achieving global economic recovery amid the pandemic. On the other hand, some countries have ignored the purposes of the Charter of the United Nations and the basic norms of international law and deliberately imposed illegal unilateral sanctions against other countries, which have had serious repercussions on the political order. global economy and the system of international governance. 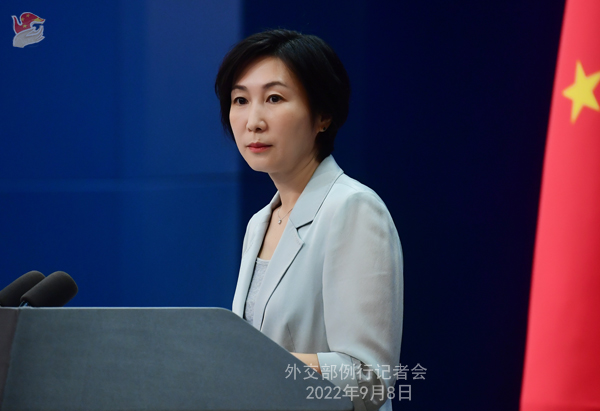 Bloomberg: A bipartisan group of eight U.S. lawmakers arrived in Taiwan on Wednesday, led by Florida Representative Stephanie Murphy. Today, some of the representatives met with Tsai Ing-wen from Taiwan. Does the Chinese Foreign Ministry have a comment on this visit by US lawmakers to Taiwan?

Mao Ning: The visit of US lawmakers to the Chinese region of Taiwan seriously violates the one-China principle and the provisions of the three China-US joint communiqués and runs counter to the US commitment not to maintain than unofficial ties to the Taiwan region. The Chinese side deplores it and firmly rejects it.

There is only one China in the world and Taiwan is an inalienable part of Chinese territory. The government of the People’s Republic of China is the sole legal government representing the whole of China. We will not hesitate to oppose separatist “Taiwan independence” activities and outside interference. We urge relevant U.S. politicians to uphold the one-China principle and the three U.S.-China joint communiques, immediately cease all forms of official interaction with Taiwan, and immediately stop sending false signals to separatist forces of ” Taiwan independence. China will continue to take strong measures to resolutely defend national sovereignty and territorial integrity.

CCTV: The fourth China-Community of Latin American and Caribbean States Science, Technology and Innovation Forum was held the other day in a virtual format. Over 20 representatives from Ministries of Science and Technology of Latin American and Caribbean (LAC) countries attended the meeting via video link. Representatives of LAC countries expressed keen desire to promote China-LAC cooperation in areas such as agro-technology, digital economy and science and technology-led development. Can you share more information on the forum?

LAC is a promising land filled with hope and dynamism. Equality, mutual benefit and shared development have always been the hallmark of China-LAC relations. Last year, trade between our two sides exceeded $450 billion for the first time. The two sides hosted the third ministerial meeting of the China-CELAC Forum, during which a new broad consensus was reached on deepening our strategic mutual trust and practical cooperation over the next three years. Statistics show that between 2005 and 2020, Latin America has seen the construction or inauguration of more than 100 infrastructure projects undertaken by China. These projects have created more than 600,000 local jobs. From the joint fight against COVID-19 to the joint conduct of R&D on resource satellites, from the guarantee of food security to the introduction of specialties from the other sectors of agriculture, livestock and of fisheries in national markets, China-LAC cooperation has proven to be free from any geographical distance and has blossomed instead.

As members of the developing world, China and LAC countries all advocate a multipolar world and greater democracy in international relations. The common aspiration for independence, development and prosperity is a strong link between the “Chinese dream” and the “LAC dream”. China is ready to work with Latin America to stick to the concept of mutual respect and win-win cooperation, push forward high-quality BRI cooperation, actively act on the Global Development Initiative and the Security Initiative. world, and strengthen and expand practical cooperation across the sector to build a China-LAC community with a shared future.

Bloomberg: A report came out today from Freedom House in the United States that says the Chinese government is stepping up efforts to increase its media influence around the world. And the report also includes observations that Chinese diplomats are also involved in such activities. Does the Department of Foreign Affairs have any comments on the Freedom House report?

Mao Ning: The organization you mentioned has a long history of making false claims on China-related issues. This report is not based on facts and is driven by ulterior motives.

Telling the story of the Communist Party of China (CCP) and presenting an authentic, multidimensional and panoramic view of China to the world is an integral part of the work of Chinese foreign media and services. What we share with the world are facts, real numbers, concrete examples and the plain truth. They are completely different from the so-called “influence efforts” or “disinformation” of the report.

I would also like to emphasize that the criteria for judging a news outlet should not be based on a country’s political system or ideology, but on whether the reporting itself is objective, truthful, fair and just. . Chinese media abide by press ethics and abide by the principles of objectivity, integrity, truthfulness and faithfulness. The report you mentioned pins labels on the normal reporting activities of Chinese media based on their so-called affiliation, while turning a blind eye to false reporting by some Western media. This is the typical double standard. 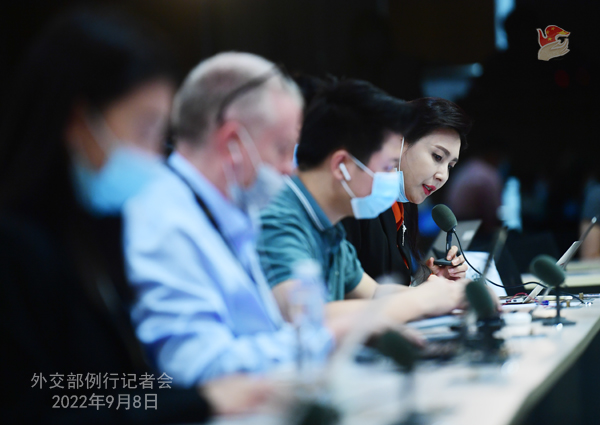 The state of press freedom in Turkey

Robert Telles will be held without bail ...